After last weekend’s half marathon, this week was full of easy runs and my final 20-miler (which wasn’t necessarily easy but it made me feel prepared for race day). My legs weren’t sore but my body was just fatigued. Oddly, the most uncomfortable part was between my shoulder blades. I think I spent a lot of energy just bracing for the wind and navigating that silly course. This week was the first week in awhile with the majority of my runs in the morning. I’ve been dividing my work day with easy runs too often and felt good about running them and moving on this week.

Easy 4, 8:24 average pace. Finished with core and form drills. I was a bad runner this week and did not spend nearly enough time foam rolling, stretching, or strength training. I usually like to get started on core work and form drills early in the week so my legs aren’t working too hard during the long run but that just didn’t happen this week. Now that I’m tapering, the foam roller is going to be my best friend. Noted.

Final 20-miler of the cycle COMPLETE! And officially in taper mode now (AKA Taper Tantrum mode. GIMME ALL THE FOOD, PEOPLE!)  This run was fueled by margaritas and tacos from Big Star. Apparently that stuff’s good fuel because this run was amazing. I was anxious to get it done early because I had plans to go to the Chicago Beer Festival all afternoon. Proper recovery, no? (Nah. You’re probably right.)

I ran on the south end of the lakeshore path for the first time in what felt like months. I’ve missed running south—you can only run north so many times before you begin to feel like you could run it on autopilot with your eyes closed (although that’s something I’ve never tried). The path was FULL of people especially during the last half of my run. It was 33 degrees when I started and around 38 degrees when I finished but I was really happy with my decision to wear shorts and a warm long sleeve. I ditched the gloves 2 miles into the run (hid them so I could pick them up on the way back) and kept my ears warm with a headband.

I think the short form drill routine I did on Friday made my legs heavy for the first half. Struggled to turn them ON but halfway through something clicked and they found more of a rhythm. I took a Gu at miles 10 and 15 and felt really energetic in the last three miles (after seeing Xaarlin running with L and the pup!) 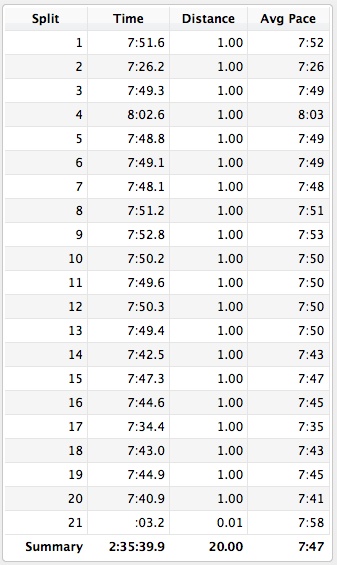 This arrived. Let the jitters begin!

New obsession. Is it wrong that the first thought I had after my first sip was how delicious a Kombucha Cocktail would be?

Kristy’s kombucha photos forced me to buy one. 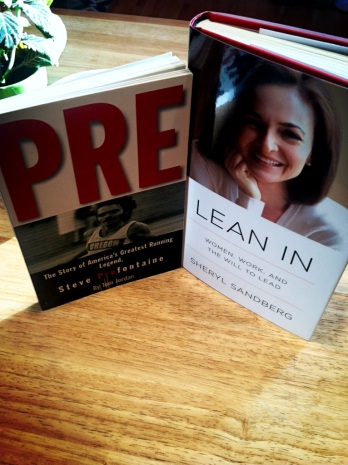 Inspiration was delivered this week. I’m going to devour these books this coming week.

Can’t believe I haven’t picked up Pre yet. Anyone else read Lean In?  Sheryl Sandberg was in town this week and the Trib put up her full talk online if you’re interested. 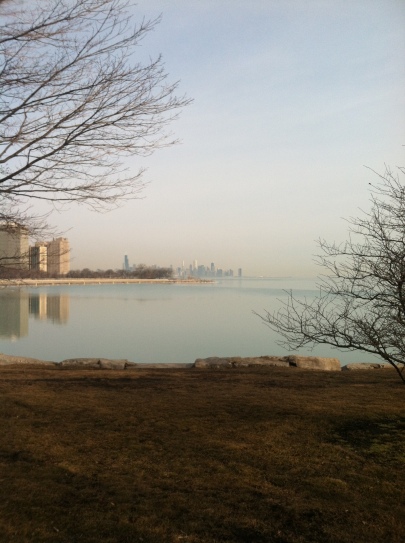 View of downtown from the south shore during my 20-miler. Doesn’t it look like a balmy summer morning? Warmth is cominngggggg, I can feel it! 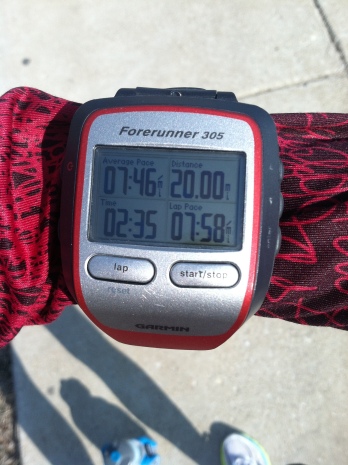