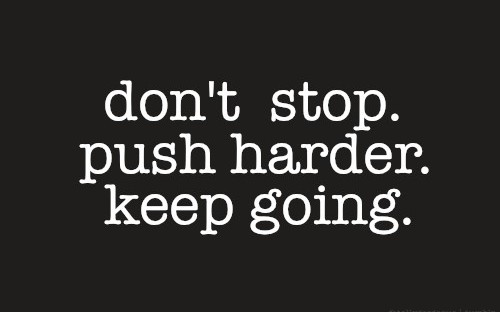 After such a mild winter here in Chicago, it only seems natural that the spring racing season has begun. These mild temperatures make it easier to take that step out the front door in your running shoes. Runners are happy. And I am VERY happy after a shiny new PR at the Rock ‘n Roll USA Half Marathon in DC on March 17th. There were a lot of factors going against me the week of the race. And I didn’t have very high expectations other than running a personal record, even if it was by 1 measly second. You can read about the week leading up to the race and how crazy I may or may not be on Predawn Runner’s blog. [Hint–international travel combined with racing? Interesting concept]

The race itself goes through some pretty cool parts of D.C., as my sister tells me. Apparently, I ran past a ton of cool monuments and neighborhoods?? I wouldn’t know because I was RACING. And when I race, I experience extreme tunnel vision until I reach that finish line. It’s kind of a problem, but at least I’m aware.

The total number of runners for both the half and the full marathon was 24,000. And, compared to Chicago’s human stampedes, it really felt like a small hometown race that would allow for plenty of space throughout. When I registered for the race back in December, I entered a goal time of 1:43:00, as my previous PR was 1:43:48. Apparently even then I didn’t know what I was capable of. I was in Corral 3 and waited while the wave start got underway.

Let me also tell you that I didn’t have much of a race strategy heading into RnRUSA. However, the one strategy I had is something that has worked well for me in the past and I knew it’d be fairly easy. My plan was to start out slow and work on a strong negative split. I usually divide a half marathon into quarters and aim for a certain pace at each quarter interval. I’d begin by running a 7:45-7:50 pace and continuously speed up the pace by ~10 seconds per quarter. Again, not rocket science! But attainable and realistic enough to pull a PR from a strong mental and physical standpoint.

And guess what? It worked! At the tick of each mile, I kept looking down at my watch and thinking, “even if I just hold this current pace, I’ll have a PR by at least 3-4 minutes”. It’s nice to know that a focus on a certain race distance through a strong training cycle is totally worth it. My previous half PR was run as part of my Chicago Marathon training last year– and I ran 3 miles beforehand and 3 miles afterward. I always knew that if I had the energy to run that total mileage and still have some kick in my legs, I could crush my PR. But the opportunity didn’t come until two weeks ago.

[My sister, Lindsey, and her fiance, Nick, were great hosts for the weekend :)]

Now, I’m aiming for an even faster time (duh). I have two attempts lined up–one in April and one in May. The Carmel Half will be a fun race near my hometown and with Chicago running friends, while Bayshore will be a fun family-affair that might involve some camping. 🙂 I’m happy to get started with this spring season and see what I’m made of before turning my attention to training for the Twin Cities marathon this summer.